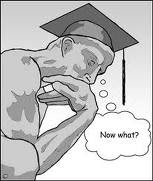 An Indonesian, a Bangladeshi and a Malaysian are in the bar one night having a beer.

The Indon fnishes his beer and suddenly throw his glass in the air, pulls out a gun and shoot the glass into pieces. He brags, "In Jakarta our glasses are so cheap that we don't need to drink from the same one twice."

The Bangla is obviously impressed. When he finished his beer, he trow his glass into the air, pull out his gun and shoot the glass into pieces. He says,"In Dhaka we have so much sand to make the glasses that we dont need to drink from the same glass twice either."

The Malaysian, cool as a cucumber finished his drink, throw his glass into the air, pull his gun and shoot the Indon and the Bangla. He says,"Tiu Nia Ma! In KL we have so many Indon and Bangla that we dont need to drink with the same ones twice."

Email ThisBlogThis!Share to TwitterShare to FacebookShare to Pinterest
Labels: lawak