The king of torts 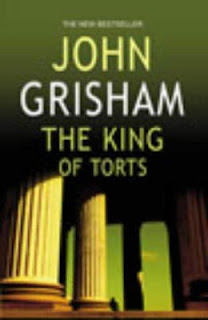 I feel obliged to finish this Grisham's work as it is a gift from my wife. To be frank, I take longest time to digest the story as I have to juggle between the plot, the terms and the characters. It is a story of a young DC lawyer who happens to change his simple life to a mass tort claims worth billions against giant pharmaceutical companies, representing thousands of clients across the country. Clay Carter, as his name, had become the youngest king of torts within 18 months collecting billions from the cases. The scene of a wealthy (lavish, I would say) lifestyle with big boy toys like the jets, boats, yachts, mansions, bourbons, mistresses, and the list continues, dominated the story. Mass tort claim finally fall as the other lawyer brought the issue of ethics, their greed to settle things fast and collecting fat legal fees denying the real interest of the client. And Clay ends his legal career as a bankrupt.
What I like about this work is how mundane a person can be, from a simple man, struggle to be rich and famous, to prove to others, to be on the top, to greed, to be spendthrift, and to be fall and hated. But at the end of the day, he only needs an apartment and a lady he love, and few loyal friends to spend the rest of his life. Oh, maybe I need to settle down with Grisham for some time as this is heavy, or perhaps I am getting old. But I never hate him.
Posted by ajako at 11/02/2012

Email ThisBlogThis!Share to TwitterShare to FacebookShare to Pinterest
Labels: buku